So, a couple of weeks back we got to see straight boys William Steele and Groovy Dave getting their dicks out and having a little wanking fun together, like straight boys often do (before you ask, all my fantasies about straight guys start like that), and I wondered then if maybe it’s leading to something. Well, they’ve been back for another good session of cock stroking, and this time they’re sharing a toy! Are we gonna see them sucking dick at Zack Randall in the future?

You know I have a few friends in the business, so I do get a little bit of a heads-up now and then. I actually asked one of my buddies this morning if they know anything about these two friends doing more than jacking off, and I basically just got a line of wink and eggplant emojis back, which is the most frustrating thing to happen to me this week. Does that mean they are ready to suck dick or that the guys at ZR are trying to get them into it? I don’t know, but after watching the two in this video I think it’s likely they’re gonna be going further than some innocent stroking soon.

I would say they could have done a little better with the choice of toy, but you can’t have everything. Personally, I would have encouraged a little more contact by giving them an open-ended sleeve to both use at once, maybe some frotting inside a toy would have moved things along a little more.

Both guys are pretty damn hot, and they’ve got great dicks too. They deliver some good loads at the end of this one and we’re all just desperate to see them at least reach over and lend their buddy a hand. Maybe that’s what’s coming next? They’re well-known for getting lads to try new things on the site.

Check out some pics, and read our Zack Randall review too if you need to know more. You might just want to click through and watch the video, though 🙂

This site uses Akismet to reduce spam. Learn how your comment data is processed. 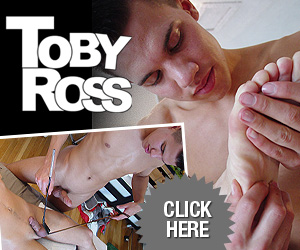